↓
Home→Uncategorized→Shit against the stinking laziness of the mind: Stefan Thiesen at the Celesteprize 2017 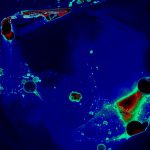 My contributions to Celesteprize 2017: Emotions and beliefs are the real commercial goods of the 21st century. The complexity of the world we live in makes it virtually impossible to make always decisions based on verifiable facts, all the more in a world where the lie has become one of the main pillars in practically all areas of life. However, emotions can be steered admirably, and the research and optimization of the manipulation of human behavior is worth hundreds of billions of Euros to the string pullers in the economy, society and politics. Whether it is buying a product, making a political choice or develop your own opinion about the state of the world: our emotions are used to control what we think, what we do – and most importantly, what we do not!

As a scientist, I have attempted for decades to bring facts to the lay public. But the frustration is enormous when one realizes that only those can be reached this way who want to know, and usually they are already aware of it, while most of the audience decides simply to believe – or not to believe. But there are other ways to communicate than just mathematical equations, books, articles, and scientific lectures. As Franz Kafka said, “A book must be the ax for the frozen sea in us“. Well – that does not have to be so for books only… Allow your mind to be cracked open!