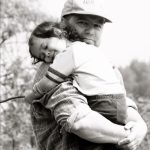 Humanity and the Earth’s biosphere are on the brink of the abyss. For me, after decades of experience in research and industry with geo-system sciences, energy systems and the question of the origin of life, there is not the slightest doubt. The intensive study of the ill named subject of “economics” and an equally intensive exchange with high-ranking scientists from across the board have confirmed this realization in a frightening way.

A Downward View from Space

From the ranks of astronomers and cosmologists comes the famous Fermi paradox. If the formation and evolution of life in the universe is the rule, purely statistical assumptions conclude that long ago technical intelligence would have risen and, ultimately, have long since settled the entire Milky Way. The “paradox” refers to the question: So – where are they all? From the same context stems the well-known Drake equation, conceived by the astronomer Frank Drake. At first sight being no more than a very simple product equation, it attempts to plausibly estimate the number of life bearing planets and the number of technical civilizations in the galaxy. In so doing, it touches on practically every aspect of life on Earth, Earth still being the only positive example of a planet that is home to a species with advanced technological capabilities – in fact that is home to any species at all.

The factors of the Drake equation have been adapted for years by new discoveries, in particular discoveries with regard to extrasolar planets – but also by research at home on the Earth. Research is by no means concerned only with the question of the origin of life, but also with very practical aspects. The keyword is “Type 1 Civilization”. It refers to a planetary society that is advanced enough to fully utilize all the resources of its own planet, without “Blowing up themselves with all their junk” as the German 18th and 19th century romantic poet Joseph von Eichendorff expressed it in his far-sighted poem “Die Altliberalen” (The old liberals), which are more akin to what now is called the “Neo-Liberals”.

A planetary civilization of billions of individuals requires wisdom and foresight in order not to perish rapidly. In many individual people you can actually find both. Yet political majorities are found for the likes of Donald Trump, and the planet is to a significant extent ruled by a class of narcissistic, machiavellist sociopaths at a time, when we KNOW that the carrying capacity of our planet already is by far exceeded – a quarter-century after the famous warning of all scientific Nobel laureates to the world and forty years after the long sound and multiply confirmed analysis of the Club of Rome (Limits to Growth).

In The Spider Web of Feedback Complexities

We are rapidly heading towards systemic destabilization, which is evident at many levels. Global insect mass extinction and climate change are just as much a part of it as resource crises, religious wars, sociopolitical collapses, civil war, refugee streams, technological singularity and much more. The danger we face in particular is the sudden drastic acceleration of the events through multiple feedback self-reenforcing feedback loops, and unfortunately various characteristics of the human psyche belong to it. Anxiety drives people into the arms of rat trappers and psychopaths who have never solved any problem in the history of mankind, but who were the cause of many, including the worst atrocities and unfathomable suffering and destruction.

In the context of the Fermi paradox, we speak of the “great filter,” a bottle neck through which every technological civilization must pass through before finally reaching a “cosmic era”. There are numerous arguments in favor of the assumption that the vast majority of technologically advanced species, still stuck with one foot in their animal nature, might be incapable of going beyond this phase. Instead of reaching a Star-Trek like phase of humanitarian dignity with a civilisation devoted to exploration and personal growth, they destroy the nature that gave birth to them in an act of planetary suicide. The survival instincts of an animal shaped by a hostile environment quite simply are ill-equipped for the management of an entire planet. 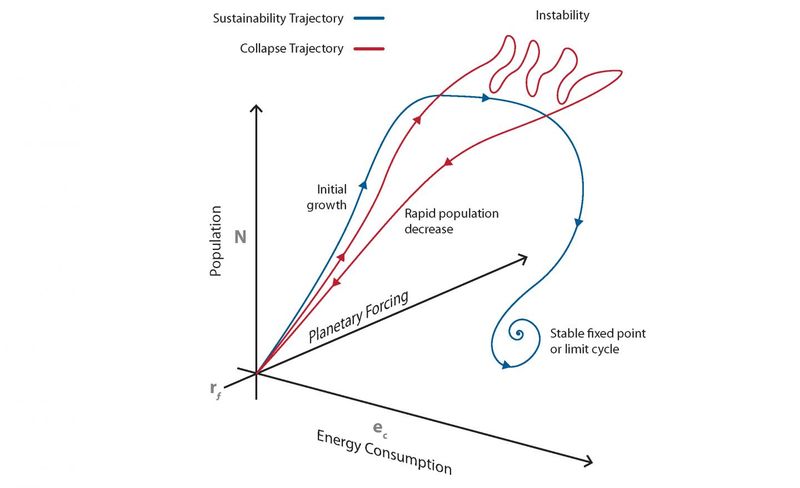 Possible systemic pathways the evolution of a planetary civilisation may take. Source: dailygalaxy.com

From Analysis to Synthesis

The world is becoming more and more complex. Paradoxically, a specialist in complexity is a specialist who is not a specialist at all. With the unimaginable amount of available knowledge, it now is hardly possible to be a first-rate expert and keep abreast of developments across disciplines – nothing less than a superhuman task! At the same time, especially journalists and other professionals trained in human and social sciences often lack the depth of insight into scientific and technical details in order to judge these correctly and meaningfully, to classify them into larger contexts and thus to break through their necessarily restricted horizons.

Analogously, this applies, of course, to the confrontation of complex interdisciplinary problems whose solution requires not only a sophisticated analysis of the individual aspects, but ultimately also a synthesis of the individual results. Otherwise, instead of answers, there is only a lifeless data pool with very limited value and infinite space for misinterpretations. Here lies one of the causes of our dangerous post-factual age.

This is where my work begins (see “about me” for topics, work areas and qualifications).